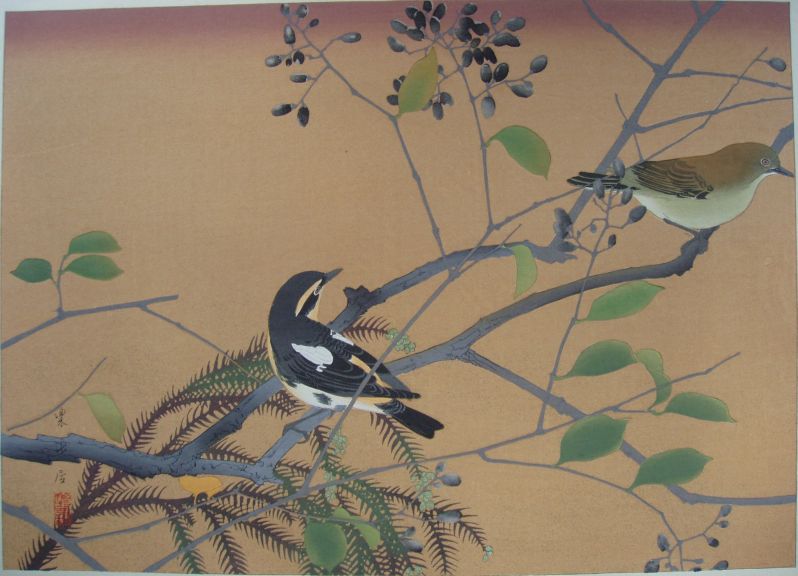 Design History:
This woodblock print was produced from an original painting on silk dating from the late 1920s whose current location is unknown. The indentification of this design as number 42 is original to Rakusan who published the print as the 42nd design in his series of one hundred woodblock prints called 楽山花鳥畫譜, Rakuzan Kachou Gafu, lit. 'Rakusan's Flower and Bird Print Series'.

There is a printing flaw in 42 in the lower left portion of the composition. The privet leaves are all underprinted in yellow and were all supposed to be overprinted in green. A bent-leaf shape immediately below the main branch remained the underprinted yellow, presumably because the required area on the green block was accidentally carved away. This flaw remains uncorrected on all known copies.

Included in the composition at the bottom, but not mentioned in the title-caption, is a spray of Japanese Red Cedar (or Peacock Pine), Cryptomeria japonica, 杉, sugi, which is a native Japanese tree widely used for timber and for landscape plantings.

Other designs with red cedar: