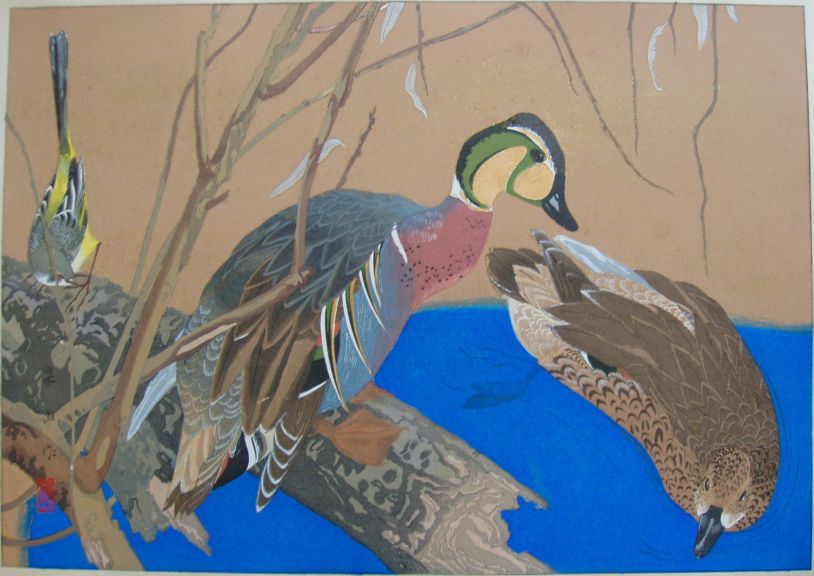 Design History:
This woodblock print was produced from an original painting on silk dating from the late 1920s whose current location is unknown. The indentification of this design as number 86 is original to Rakusan who published the print as the 86th design in his series of one hundred woodblock prints called 楽山花鳥畫譜, Rakuzan Kachou Gafu, lit. 'Rakusan's Flower and Bird Print Series'. Initial edition I publication of 86 was in November 1932 (or perhaps slightly later), and it was delivered in installment forty-three (of fifty). However, additional edition I printings may have continued until mid 1933. The copy illustrated as the main entry is typical of edition I.

86 is one of the very few Rakusan designs for which any printing details exist. The Foster booklet reports that 86 required '200' printing impressions to complete.

86 is one of Rakusan's most popular designs, and it was reprinted several times, including in each of the two later editions, edition II reprintings from between 1936 and 1941, and edition III reprintings from between 1948 and 1955. 86 is very unusual in that Rakusan used at least four clearly differentiable background treatments, one in each of the first two editions, and two color morphs in edition III, edition III-a and edition III-b. The sequence order implied by the a-b labeling is deliberate but conjectural.

The four different backgrounds permit accurate edition and version identification for any copy of 86 from even a small-scale image. Unfortunately, it has not yet been possible to photograph copies of all four versions under the same conditions at the same time. In person many of the hues are more similar than they appear in these independently recorded examples:

In edition I the division between the bright blue and rich tan background areas is placed at the level of the male duck's breast. There is minimal or no shading at the boundary between the two colors. The tan upper area is liberally sprinkled with gold metallic glitter which was applied while the ink was still wet and therefore adheres without glue binder.

In edition II the division between the bright blue and rich tan is raised to the level of the male duck's shoulder, and the blue fades out over the tan in a narrow band of bokashi. There is little or no glitter added.

Both edition III morphs share the replacement of the richly colored backgrounds of the previous editions with much lighter and far less saturated hues, resulting in an almost transparent effect. In both morphs the blue bokashi at the bottom is expanded vertically to cover a wider transitional area, and glitter is again omitted.

The III-a morph retains a two-color background with the upper color pale beige and the lower pale blue.

The III-b morph replaces the upper background color with an even paler blue, and the entire background is a gradation of similar shades of blue with the lightest at the top.

Demonstration Blocks:
Although Rakusan typically received guests only in his front parlor, special visitors were sometimes taken into his studio space to see how his woodblock prints were produced. When Rakusan closed his studio for the last time in 1955, that space in the house was repurposed for family use. In order to continue to be able to demonstrate woodblock printing Rakusan set aside most (but not all) of the wooden blocks used to print 86. On rare occasions these example blocks are brought out to display together with a finished edition III-b copy.

Rakusan used costly large slabs of old-growth cherry wood for his printing blocks. He used both faces of the slabs, and wherever possible combined areas to be printed in different colors onto a single face. Wooden blocks for woodblock printing can only be used for a relatively short time before they absorb moisture, swell up, and change shape. Therefore to preserve printing quality and registration alignment the wooden blocks are carefully cleaned and are allowed to dry after each impression.

On sixteen selected block faces used to reprint edition III-b of 86 Rakusan applied various representative ink colors and allowed the inks to dry on the block surface. Of course Rakusan knew that in doing this he rendered these blocks unrecoverable for reprinting use. Through age and improper storage a few of the wooden slabs have split horizontally. It is possible that the splitting had already occurred by the time Rakusan chose to color these blocks as a demonstration set.

The colored 86 printing blocks are somewhat misleading. For example, one of the block faces currently has six ink colors where only one color would have been used at a time. Also, to achieve the documented two hundred impressions many of the same carved shapes would have been used for multiple impressions using different shades in order to build up the depth of color. As currently preserved, only evidence for between forty and fifty impressions remains.

The demonstration set of sixteen selected example wooden blocks for printing 86 are shown in the following slide show. Except for the first two or three block faces the images are not in the original printing order, and, especially for those block faces with multiple colors, that order is no longer demonstrable in a linear arrangement. The images of the inverted t-shape blocks have been cropped to show only the area used to print the design. The images have also been mirrored to facilitate comparison with the finished woodblock print design: 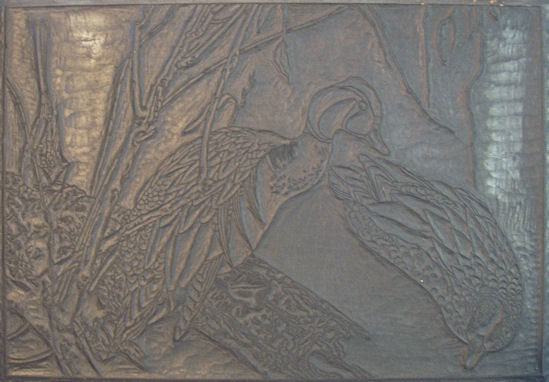 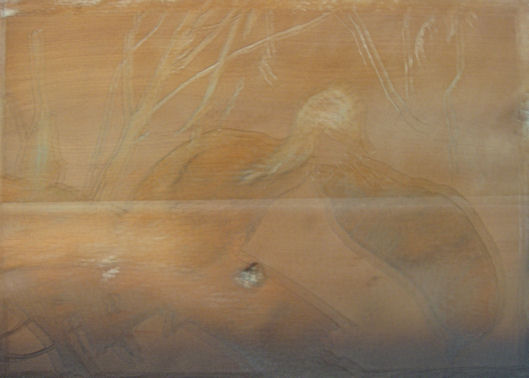 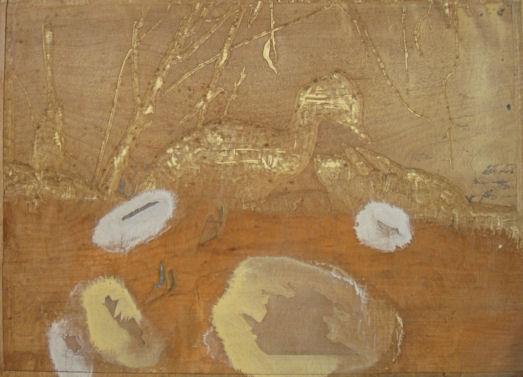 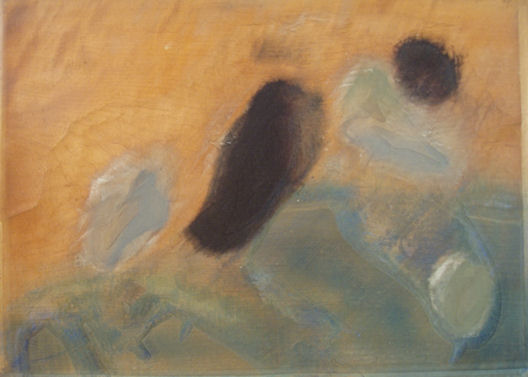 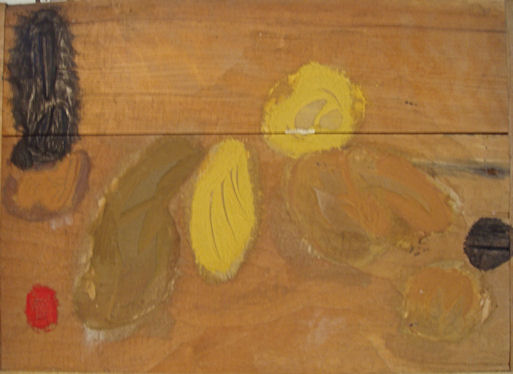 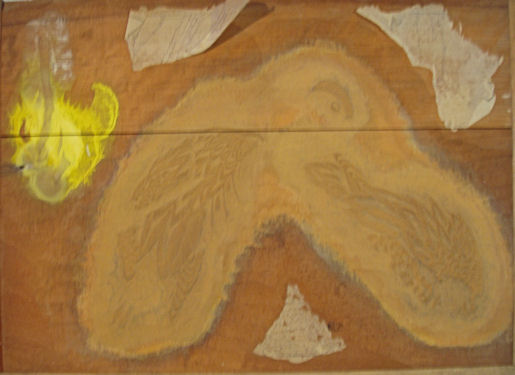 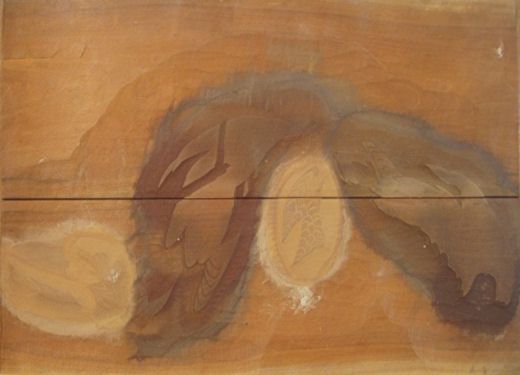 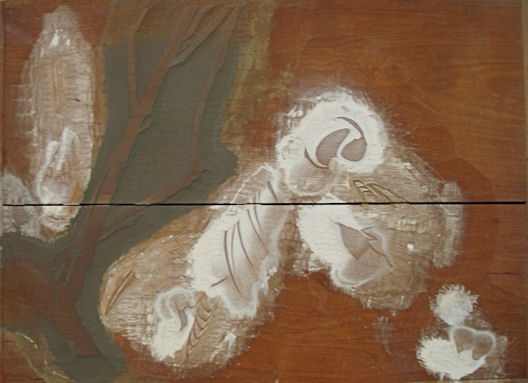 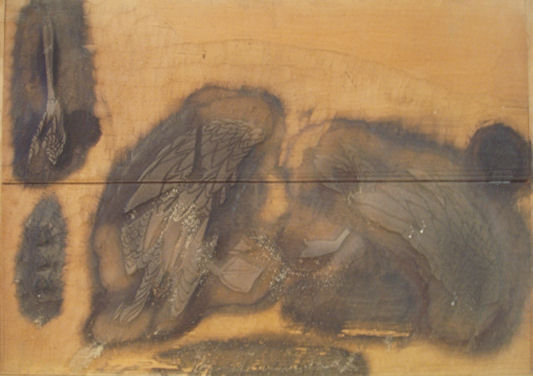 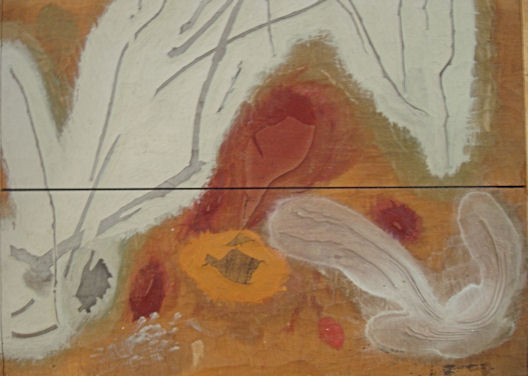 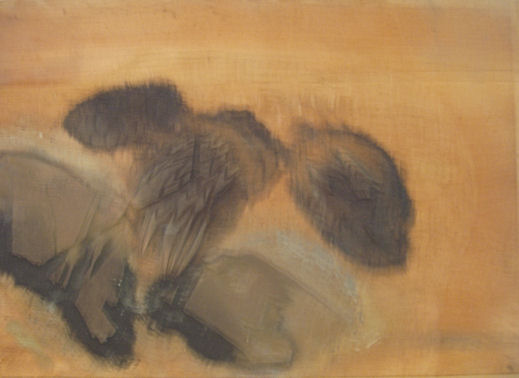 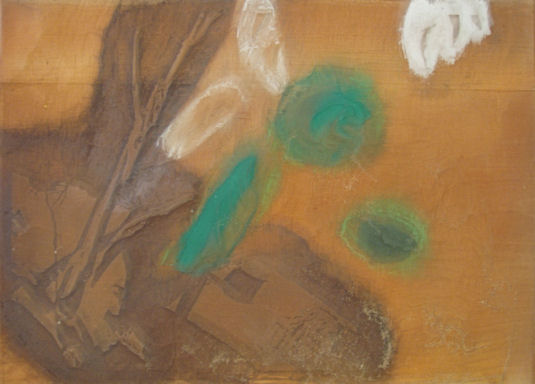 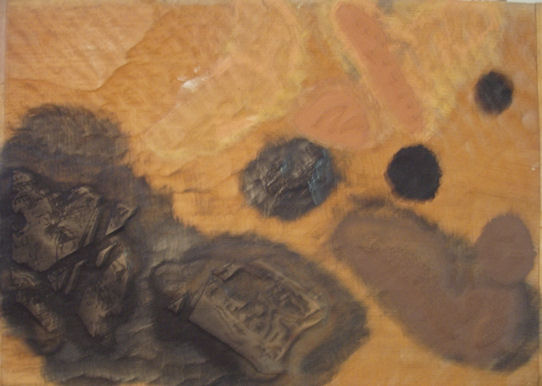 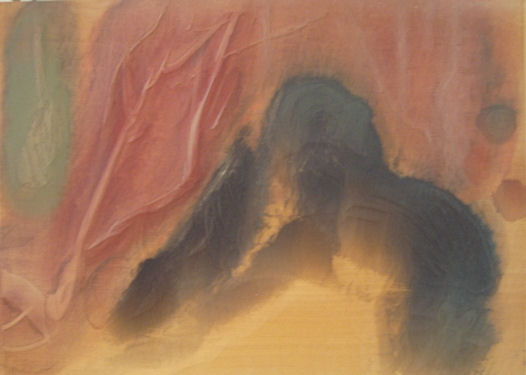 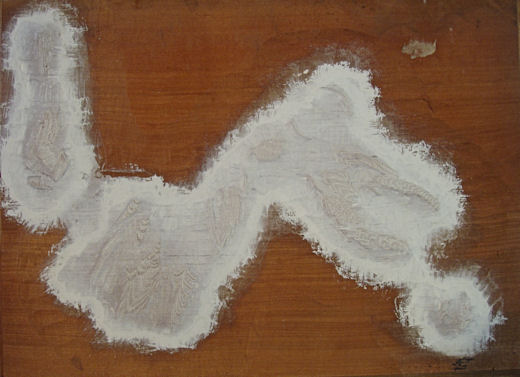 Other Foster Information:
86 is among the most familiar Rakusan designs because of Walter Foster. In addition to marketing original Rakusan woodblock prints of 86 from Japan, Foster also sold two grades of reproductions which he had machine-printed in the USA. Both reproduction versions were created from the same original model, an edition III-b copy of 86 in Foster's personal collection. One version is a fine art reproduction produced for individual sale, and the other appears as page 29 of the Foster booklet.

The fine art reproduction (see illustration immediately above) was produced to very high standards of photolithography on good quality, heavy matte paper; and the inks were carefully color-matched to those of the original woodblock print. Because of this attention to detail, it was relatively expensive, few copies were sold, and they are seldom encountered today. Instead, what are mostly offered for sale as reproductions of 86 are actually copies of page 29 cut from the Foster booklet. Regrettably, the booklet was inexpensively and inexactly machine-printed on semi-gloss paper, and its illustration colors are not true to the original. Both reproduction versions are of similar size (listed as 9" x 12"); therefore they are significantly smaller than the original woodblock print (listed as 13" x 18"). (Both reproductions actually maintain the unique proportions of the original woodblock print; so the advertised dimensions are only rough approximations.) Initially, Foster sold original woodblock prints of 86 for $25, fine art reproductions for $3, and the entire booklet (with 27 different designs) for $1. Because the Foster booklet was printed in great numbers and remains widely available today, it is usually less expensive to buy the entire booklet than a single page reproduction.

Because Foster could not read Rakusan's Japanese title-captions, he made up ones of his own to use in the booklet. Here he called 86 simply "Wild Ducks".

Copies in Public Collections:
Edition II: Museum of Fine Arts, Boston, MA, USA; (1951) 51.1738 [not illustrated online]. Species Illustrated:
Like English, Japanese has a general name for 'willow', 柳, 楊, 楊柳, やなぎ, ヤナギ, yanagi, and it cannot be determined from many of Rakusan's designs exactly which species is intended. Without a modifier yanagi often refers in particular to the Weeping Willow, Salix babylonica. It is here further described only with 枯, kare, which can mean 'dead, dried, or winter-dormant' in this context. While it cannot be ruled out that the tree has died, the branches still have a few leaves and what appear to be buds, and it is probably just winter-dormant. It is unclear from the illustration whether the tree is an upright or weeping variety of willow, certainly genus Salix , but probably not identifiable as to species. However, from the size of the branch and some of the hanging branches, it could easily be Weeping Willow.

Gray Wagtail, Motacilla cinerea, 黄鶺鴒, きせきれい, キセキレイ, ki-sekirei, lit. 'yellow wagtail', is a common Japanese native. The sexes are closely similar so that without Rakusan telling us that the bird is a female, it would be nearly impossible to determine. Gray Wagtail is one of only a few species which Rakusan illustrates in more than one design in this series. It occurs also in the immediately following design, 87 (see below).

Baikal Teal, Anas formosa, 巴鴨, ともえがも, トモエガモ, tomoe-gamo, lit. 'comma-pattern duck', is a an uncommon Japanese native. Because of its colorful plumage it is a popular subject for artists and photographers. Rakusan has shown a male and a female, presumably a mated pair.