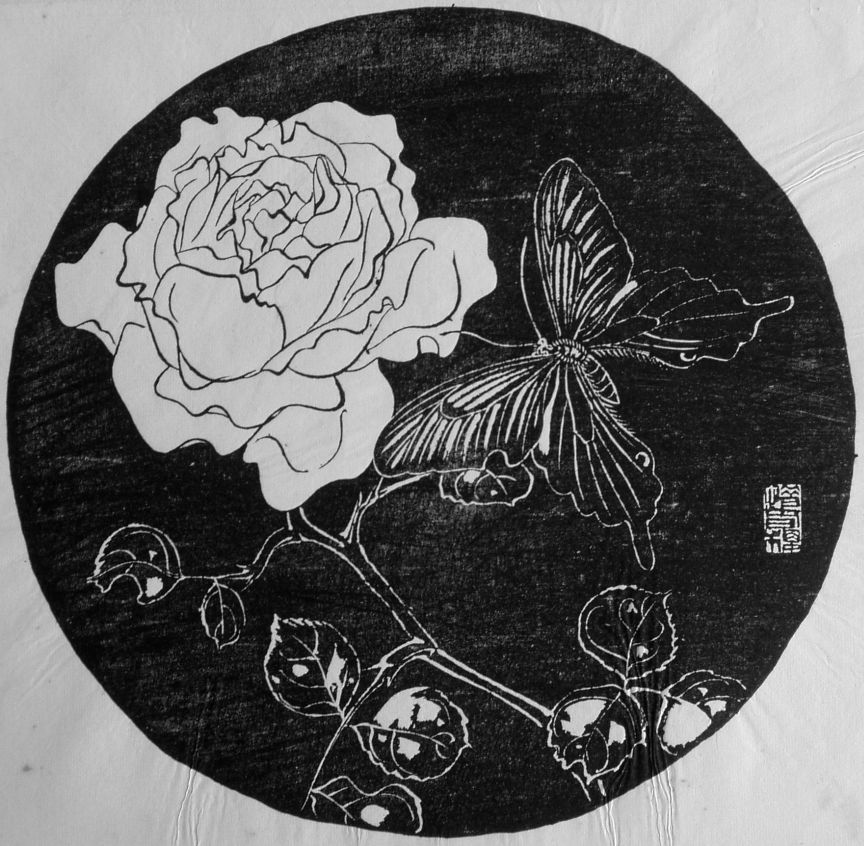 Rakusan did not include the Fan Series in his main sequence numbering. Therefore, the original number used for each of the 36 Series prints has been modified to identify the Fan Series members of its theme. The five different fan silhouette shapes have been here assigned arbitrary numbers 1 through 5. To indicate a fan design these shape designations are added to the 36 Series number separated by a hyphen. In themes which contain duplicated fan shapes, one has been arbitrarily designated A and the other B. 101-5 indicates that this is a Fan Series design with fan shape 5 in the 101 Rose theme. Like all other designs in this series, 101-5 was only produced in a single print run, and few copies are currently documented. (Note that the copy of 101-5 illustrated above is foxed. The foxing is most evident on the paper surrounding the fan shape.)

The composition of 101-5 includes a single, fully opened rose flower. The flower is shown silhouetted with internal lines - essentially a line drawing with the solid background darkened out. However, the leaves are mostly simple line drawings on that background. The execution of the design is unusual in that the spangle butterfly is depicted in its natural colors whereas the rest of the design is meant to be negative-reversed. This design and a few others suggest that Rakusan initially struggled with the ishizuri technique.