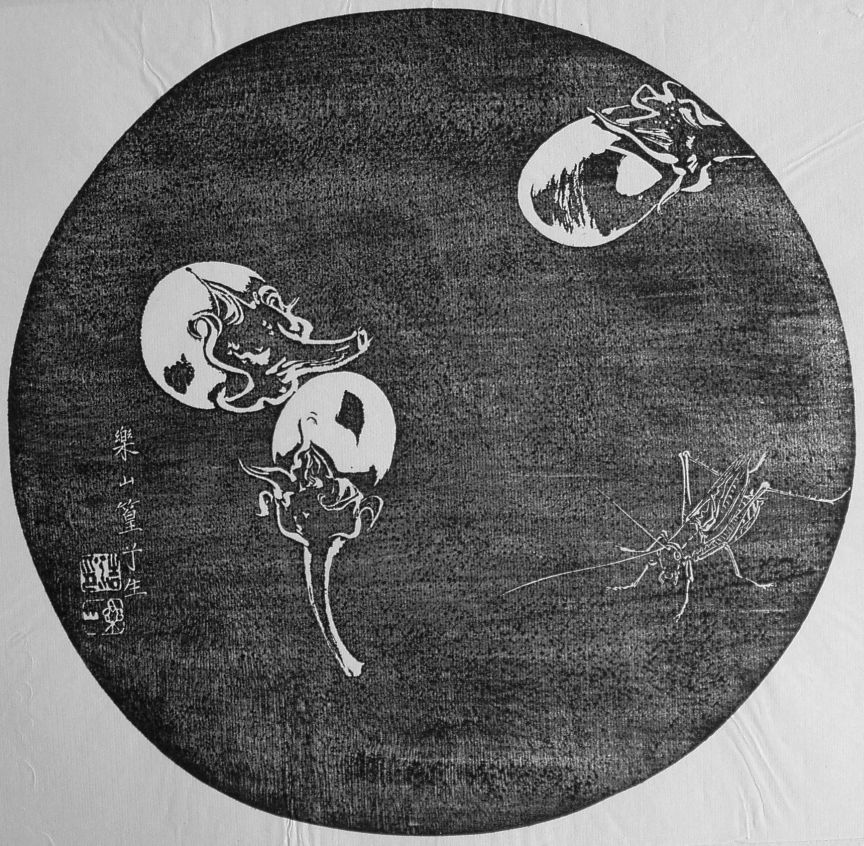 Rakusan did not include the Fan Series in his main sequence numbering. Therefore, the original number used for each of the 36 Series prints has been modified to identify the Fan Series members of its theme. The five different fan silhouette shapes have been here assigned arbitrary numbers 1 through 5. To indicate a fan design these shape designations are added to the 36 Series number separated by a hyphen. 109-5 is the Fan Series design with fan shape 5 in the 109 Eggplant theme. Like all other designs in this series, 109-5 was only produced in a single print run, and few copies are currently documented.

The individual designs in the 109 Eggplant theme were completed in at least two stages. Only one of the five fan designs has seal C which indicates a carving date during the first half of 1934. However, the other four fan designs (including 109-5) and the 36 Series design 109 all have seal B which indicates a later carving period closer to the time of publication. (The 109 Eggplant theme is unusual in being the theme with the most designs with seal B.)

Description:
The composition of 109-5 shows three eggplants isolated from the parent plant. The eggplants are on some kind of unspecified flat surface accompanied by a field cricket. The eggplants are carved so that the ishizuri version is an exact negative of the original sketch where they appear dark (presumably purple) with light shiny highlights and paler stems. In contrast the field cricket is rendered as a sort of very fine line engraving which works equally well either as ishizuri or in the original sketch.