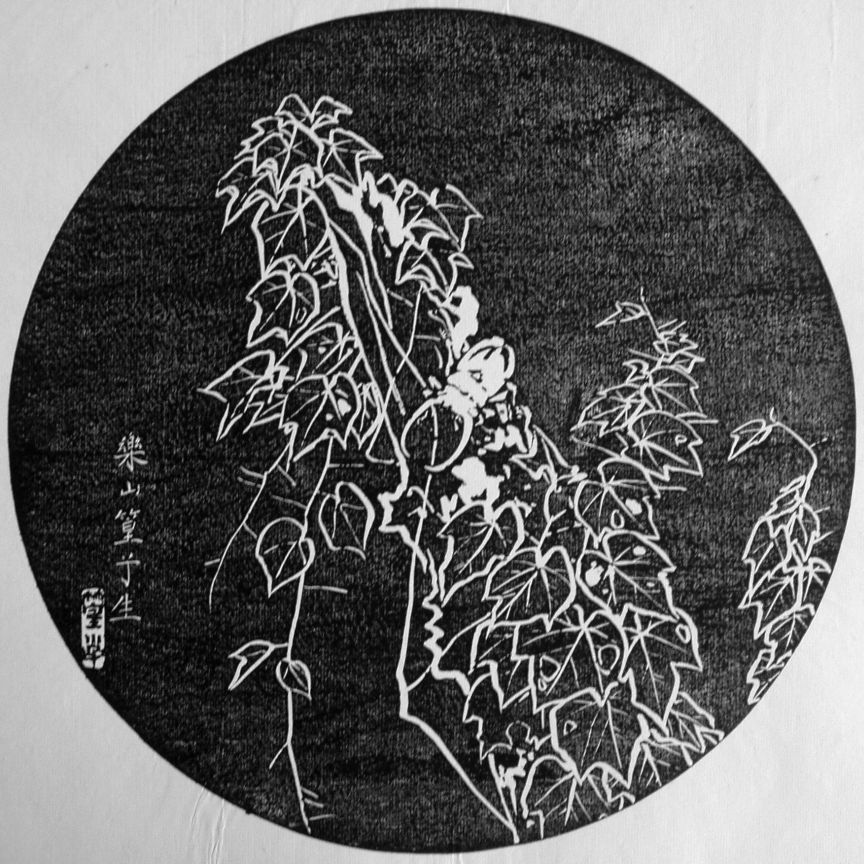 Rakusan did not include the Fan Series in his main sequence numbering. Therefore, the original number used for each of the 36 Series prints has been modified to identify the Fan Series members of its theme. The five different fan silhouette shapes have been here assigned arbitrary numbers 1 through 5. To indicate a fan design these shape designations are added to the 36 Series number separated by a hyphen. 114-5 is the Fan Series design with fan shape 5 in the 114 Ivy theme. Like all other designs in this series, 114-5 was only produced in a single print run, and few copies are currently documented.

The individual designs in the 114 Ivy theme were completed in at least two stages. Three of the five fan designs (including 114-5) have seal C which indicates a carving date during the first half of 1934. The other two fan designs and the 36 Series design 114 have seal B which indicates a later carving period closer to the time of publication.

Description:
The composition of 114-5 includes an unidentifiable tree stump covered with ivy. On the stump is a stag beetle. The ivy and stump are rendered as a rather simple line drawing. The beetle is almost a silhouette. Both techniques work equally well viewed as ishizuri or as the reversed original.

The general name for any stag beetle (family Lucanidae) is 鍬形虫, くわがたむし, クワガタムシ, kuwagata mushi, lit. 'hoe-shape insect'. The stag beetle Rakusan shows in 114-5 has a pair of long, slender, incurved horns which appear to lack any sort of toothed ornamentation which would permit species identification.